"Stand up for what you believe to be right." Philly's own DJ Matpat share his favorite punk anthems before he plays Le Bain with Kaviar Disco Club on Friday, March 17th.

"I've always felt the correlation between early punk music and underground electronic music. It's the DIY 'fuck the mainstream' attitude combined with the acknowledgement of what is wrong and the voice to stand up for what you believe to be right."

Reagan Youth's "New Aryans"
A final solution for the new Aryans...
Death to the Nazis and the Ku Klux Klan!
Anarchy in the fatherland!
FULL LYRICS

Bad Brains' "Big Take Over"
This world is doomed with its own segregation,
Just another Nazi test.
FULL LYRICS

The Dead Kennedys' "We've Got a Bigger Problem Now"
Human rights will soon go 'way,
I am now your Shah today,
Now I command all of you,
Now you're going to pray in school,
I'll make sure they're Christian, too.
FULL LYRICS

Crass' "Bloody Revolution"
You talk of overthrowing power with violence as your tool,
You speak of liberation and when the people rule,
Well ain't it people rule right now, what difference would there be?
Just another set of bigots with their rifle-sights on me.
FULL LYRICS

Subhumans' "Religious Wars"
Do you believe in the afterlife,
Termination with a rusty knife,
Religious wars no reason why,
What a glorious way to die.
FULL LYRICS 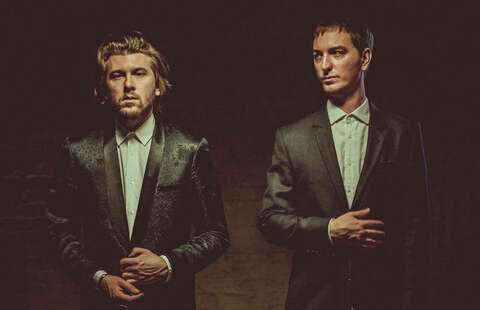