UK electronic producer Black Merlin spent weeks alone in the jungle of Papua New Guinea to record his latest album ‘Kosua’. From dancing to techno to exploring the edge of the world, he tells us about his journey through music and self-discovery, before he DJs at Le Bain, on Saturday, March 2nd.
LE BAIN: You just performed your live debut at club Berghain in Berlin. How did it go?

To have my debut live performance at Berghain was a surreal experience. I'd been putting off playing live for some years as I was too busy in the studio with writing various EPs and albums... So it was an opportunity that I had to take as it might not have happened again to do the main room live. I presume a lot of artists are their own worst critics but I felt in myself it had gone well and walked away happy!
You grew up in a small town in West Yorkshire, about 20 minutes outside Leeds. You started going out in 1993, first real club was The Orbit, which was mostly a techno club. You said there was a saying at the time “You’ve not received your techno wings until you played The Orbit.” Did you play there yourself?

I was just starting out going clubbing properly, so the scene was relatively new to me. I was just there to soak it up and dance. The more I went there, the more I got to know about the DJs that The Orbit was booking like Jeff Mills, Ritchie Hawtin, Sven Vath, Joey Beltram etc. Looking back at the names they booked is mind blowing, as The Orbit wasn't big and was well out of the way in terms of being part of any scene, they stood alone in a small town called Morley just outside Leeds. The energy inside was powerful and real techno; fast and hard, not like how techno has mutated into present day... The Orbit was a maverick night and I will always remember the door that it opened up in my mind. 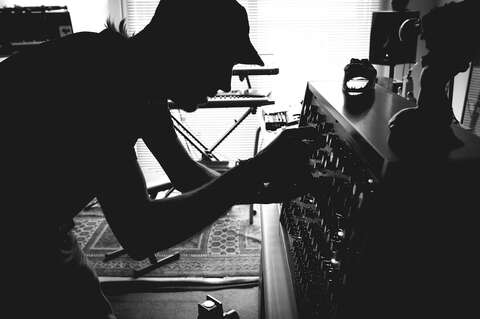 "I love more than anything to be isolated."

From there, it seems your musical path follows a path of new friendships and cities. First in London with the producer Kyle Martin (you released your first record with him) and Andrew Weatherall...

Having Andrew Weatherall release my debut EP was for sure good for my confidence as a producer and made me think this could be something worth pursuing in my life... Working with Kyle Martin definitely helped me learn the ropes and helped me get my ideas in my head out and into sound which is a big thing to learn as a producer. You can have all the ideas in the world but if you can't translate that, it can be frustrating. Kyle helped working my way around studios.

Then you released your first album on ESP Institute with Gordon Pohl, spending time with him in Dusseldorf…

I would say Gordon influenced me in a really different direction. It was more about feeling what was coming out of the monitors, the movement and the sculpture of the sound; taking away sounds that just don't need to be there, making other sounds in the tracks more powerful... Gordon is very good at putting me at ease in the studio. Both Kyle and Gordon are very calm guys so they had patience and belief in me to let me flourish.

And finally Dan Mitchell of the label Islands of The Gods in Bali.

Dan set me on a completely different path. I wouldn't have even thought of taking that direction if he'd not initially come up with the concept for his label. He took me massively out of my comfort zone and presented an idea to me that was very interesting to write a concept album about Bali and the culture that surrounds the island, which turned out to be my first solo album Hipnotik Tradisi.

Do you believe those connections were meant to be?

Impossible to say but I think at times you create your own luck.
You once said: "I’m not religious as such but I’m open to learn from all religions. Maybe I'll convert to Hinduism or Buddhism later in life and go and live in a cave and chant myself into Nirvana.” What kind of connection do you make between your spirituality and the music you produce?

I suppose what is happening around me [and] the way I'm feeling in that part of my life would come out in my music. I've always said to myself [that] more creativity and depth comes out of low points in my life and when you're happy it seems a lot harder to be creative. Not that I'm searching to live in dark times at all; as a person, I'm pretty upbeat and I try look to the positives in life. The older you get the more you realize that negative energy is just not worth bothering about and a waste of time... but it has also served me well in the studio in the past.

Your latest album ‘Kosua’ is the result of solo expeditions to Papua New Guinea, where you spent weeks alone in the jungle. Tell us about that primal experience.

When I visit Papua New Guinea, I feel 100% myself as all I need to think of there is getting through what I need to get through at the time. It's a very much living-in-the-moment place. I can leave behind all the clutter that piles on our shoulders living in the western world... It's the most important thing in my life and it's an extremely important learning process for me; physically and mentally. It's very hard to explain how tough it is there. Our bodies in the western world are just not designed for the brutal terrain. Strength is not muscle out there.

What do you mean?

The Kosua tribe [of Papua New Guinea] are mind-blowingly strong, but they're not popping the muscles, they are mentally tough. An example of this was when we were about to attempt the many river crossings we have to do but this one was particularly deep with fast flowing water and about 15 meter across. One of the female Kosua was carrying a 20 kg bag, a pig and her child across this river with no problem. I just couldn't believe what I just had witnessed as I struggled across with a wooden staff.
You said “the sense of total isolation and being so far away from home really puts life into perspective.” What kind of lesson did you learn from it?

I love more than anything to be isolated. When I'm there, the more isolated the better. Being inside Mount Bosavi crater, which is the spiritual home for the Kosua people, is one of the most remotest places in the world. Google map it. The remoteness becomes normal and the dangers that surround that seem to disappear. Saying that, if it did go wrong in a situation of being inside Mount Bosavi crater getting help out of there would be very tricky. As even something simple as twisting your ankle would turn into a big problem let alone breaking something... but I would definitely recommend to anyone to really put yourself out of your comfort zone, because coming through something like that gives you a lot of self belief and what your actually capable of doing as a human. 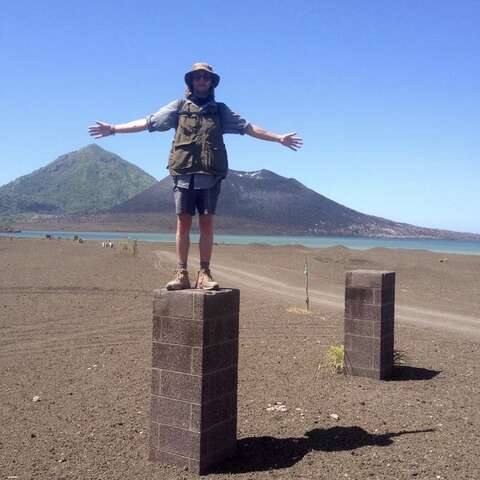 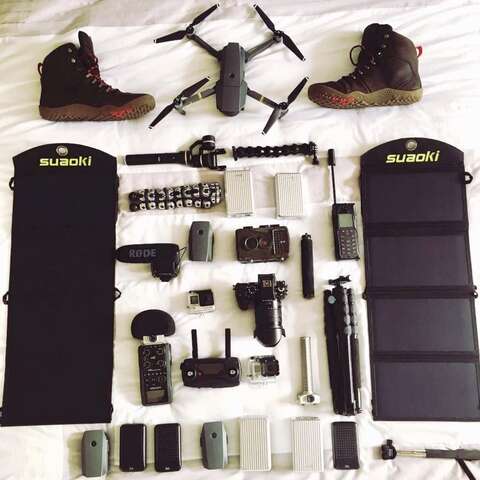 About the music scene today, you said "now there's this so called EBM scene and personally I think now more than any other time in years there's a massive surge of new producers making insane music. Producers really are pushing a more chaotic and extreme sound. It's not punk but for me it has that spirit inside it.” Is it a sign of the times?

I think there's a lot of producers out there because of the musical equipment that's more affordable and the gear is getting smaller. You no longer have to pay high money for a drum machine or a synth, you can get products at reasonable prices these days. As far as a modern punk renaissance; yes bring it on! There's far too much focus on DJs these days and not enough attention on people playing live. Surely, these Instagram DJs that you see playing in front of thousands and thousands can't last. There's no grit or edge to it! I think live acts should be in that situation playing in front of thousands. Then people would really see creation and how worthwhile live music is. Everything you see on Instagram is too clean and boring. It's not how it used to be. Where have all the rebels gone?