A little while back, we heard that a new Terrence Malick movie was being filmed in LA. While parts of it were filmed at both The Standard, Hollywood and The Standard, Downtown LA, the production was shrouded in mystery, per Malick’s style, and we didn’t know anything more about the film than anyone else.

Three years later comes Knight of Cups. Christian Bale carries the film as Rick, a Hollywood screenwriter who wakes up one day and feels that his life is void of meaning. The first of the film’s eight exploratory chapters (named for cards of the tarot), titled “The Moon,” stars 26-year-old English actor Imogen Poots. She commands the screen—a startling feat opposite Bale—scarier with the fact that she was only 23 years old at the time of filming.

With a curious name and enormous talent, it’s surprising that Poots isn’t more of a household name. She’s been working steadily for the past 10 years, and has played a number of standout roles in huge films including Need for Speed, Me and Orson Welles, Jimi: All Is by My Side, and 28 Weeks Later. We think Knight of Cups and her lineup of films for 2016 are going to solidify her name in your brain if it’s not in there already. We caught up with her before the whirlwind year ahead, and she lets us in a little on the mystery of Terrence Malick.

(Credit: Broad Green Pictures)
THE STANDARD: Tell us about your character in the film.
IMOGEN POOTS: I play a character called Della, and my understanding of the character came to fruition after seeing the film. You’re given notes and an idea from Terry Malick, and then you work with that, but it was really when I saw the finished piece that I understood her contribution to the story that he was telling.

So you knew nothing really going into filming. There wasn’t a definite script, correct?
No, nothing like that. I knew going into a project like this that I was going along for the ride and I might not even be in the final edit.

Working with Christian Bale and seeing his method acting firsthand must have been incredible. Did you similarly prepare for your role?
Working with him was wonderful. He’s such a gentle soul and I love his work. It was really cool to play around in the Malick-ian playground. In terms of my own approach to it, you just immerse yourself in that environment and stay there if that makes sense. But also, the guerilla style of filmmaking meant that you were always on the go, and any given second you could be thrown into a scene, so you always had to be aware of that. You weren’t exactly kicking back and reading pulp fiction. [Laughs.]

There are so many talented people in this film. Did you even know they were going to be in it?
I only heard about people coming and going. It was so exciting to be in a film that has that caliber and variety of actors. All I knew was that the majority of stuff would be with Christian playing Rick, but you never really know. It would have been a dream to be thrown into a scene with any of those actors. I was so spoiled in terms of the company. 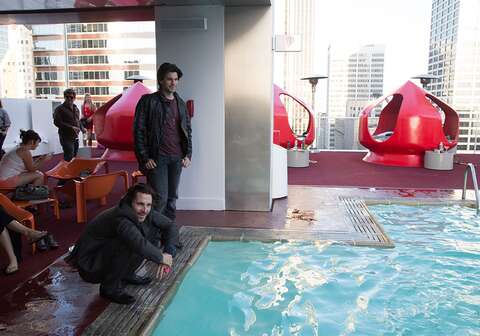 Credit: Melinda Sue Gordon / Broad Green Pictures
What was it about The Standard, Hollywood and Downtown LA that made sense for the scenes that were shot there?
I think they specifically chose The Standard because of the nature of the design. The Standard in West Hollywood is pretty surreal with the curvature of the building and the modern design and furniture. Personally, I live in a lot of different hotels and it’s always about the exploration of space. It’s quite wonderful to meditate on the idea of what has happened before in a room. Did someone’s life change in this room? I think that’s interesting.

What did you learn about LA in the making of the film?
The film just throws you into that space where your heart plummets because it’s very sterile and corporate. That’s why it’s very interesting that [Christian Bale’s character] is in a suit. A suit supposedly means you’ve got somewhere to go, that you’re going to be someone. Maybe that’s thinking too much into it. It’s just the nature of this man struggling, and with Los Angeles especially, it’s very interesting when people choose to admit to that.

I lived in Los Angeles for a little bit myself so I know the light of Los Angeles is so specific, too. Just the way that it falls behind these buildings and the design. You have that nostalgia, and it really captures the magic of that city.

Do you think the film taught you anything about yourself, either personally or as an actor?
As an actor, with every single project you do, you come away and inevitably ask yourself questions, and that alone means there will be growth on the other end of it. So with something like this, I always wanted to work with Terrence Malick ever since I saw Badlands. I knew going into it that I wanted to be a sponge, to soak in the experience, and have no expectations, because that sometimes can lead to disappointment. You go in ready to gain from whatever gets thrown at you. 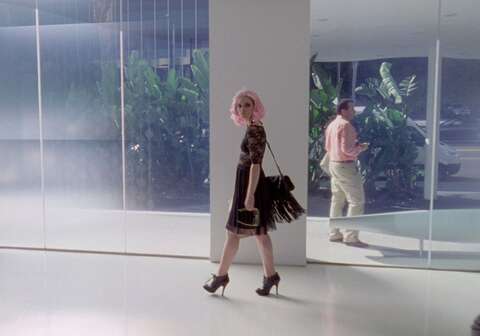 Credit: Broad Green Pictures
You shot this movie a couple years ago. Has your perception of the film over the past few years changed since you shot it? Yeah, I only saw it a month ago and we shot it three years ago. I remember it was my 23rd birthday. I had a tub of ice cream with Malick at his house and it was the best birthday ever. I think in terms of how the perception has changed, I just didn’t really know if I was going to be in it, so that was news to me and that was cool. You always look at it as some sort of a road trip you went on with a bunch of characters. It’s a memory as well as a part of your past, and it reemerges. I didn’t even know what would happen with the film. I was excited to see the film as a moviegoer, and it’s one of the best films I’ve ever seen. I love it so much, so to be a part of it, and to be in it, was a real reward.

Over the past couple of years since you made this movie, you’ve definitely become more of a household name, and you have a lot of exciting things coming up. What can you tell us about the future?
[Laughs.] Oh, I don’t know! It’s hard to say. You always want to keep working on things that you’re crazy about, and keep being able to do this job. I think you learn so much with each film, develop your tape, and take a chance on the direction you want to go in, because a bunch of people push you in a bunch of different ways in any line of work. I just would like to continue working on things that I find very fulfilling and satiating. Keira Knightley on Why Rebellion Is What Life's All About 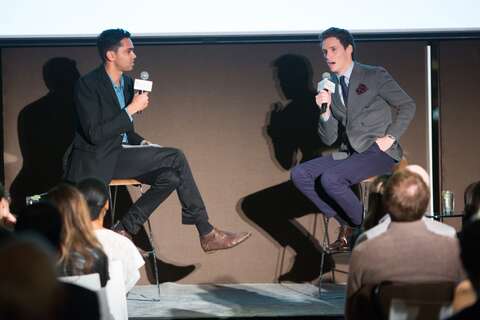 Eddie Redmayne on Kissing Etiquette and The Colorful Life of Acting