During the twice-yearly DineLA Restaurant Week LA's best restaurants offer prix fixe menus at an affordable price, letting you eat like a king without breaking the bank. This week and next, January 20th through the 31st, The Restaurant at The Standard, Downtown LA will be participating in DineLA with lunch and dinner prix fixe menus conceived by new chef, Chang Sivilay. Chef Chang's DineLA concept is fresh and mouthwateringly delicious, but we'll let him elaborate:

STANDARD CULTURE: What made you decide to be a chef? And what’s your culinary background?

Chef Chang: I’ve always had fond memories of watching my mom cook at home. I used to remember watching my late grandma and aunts make traditional Laos and Thai dishes and recipes that I still keep close to my heart. I grew up eating mainly Laos, Chinese and Thai food. I’ve always had a passion for food and 25, I enrolled at the California Culinary Academy in San Francisco.

If you found yourself on death row, what would you request as your last meal?

A big, fat carne asada burrito with all the works.

What are some of your inspirations for the January DineLA menu?

My inspirations comes from past dishes I’ve eaten and culmination of experiences when I lived and worked in Northern California during my eight years there.

The whole January DineLA menu is scrumptious, but are there any specific items that are your personal favorites?

I’m a huge seafood fan. My two dishes would have to be the rock shrimp and octopus carpaccio. The rock shrimp is served with fresh made herb parmesan gnocchi and a velvety carbonara sauce topped with crispy brussel sprout leaves. I love the simplicity of my housemade octopus carpaccio, thinly sliced and served with the olive oil poached potatoes, bell peppers, olives, and the balance of acid from the Meyer lemon vinaigrette.

Any future culinary plans for The Restaurant at The Standard, Downtown LA that you could share?

I’m looking forward to keeping The Standard, Downtown LA a dining destination by continuing to build on the farm-to-table concept. Though it’s been a fast moving grassroots movement, we envision the restaurant to be resourceful in using the freshest products, true seasonal variety, and making everything from scratch.

DineLA Lunch Menu for The Restaurant at The Standard, Downtown LA

DineLA Dinner Menu for The Restaurant at The Standard, Downtown LA 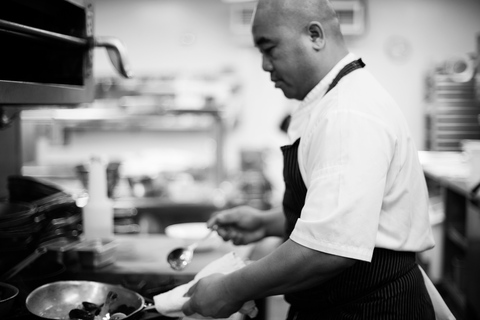 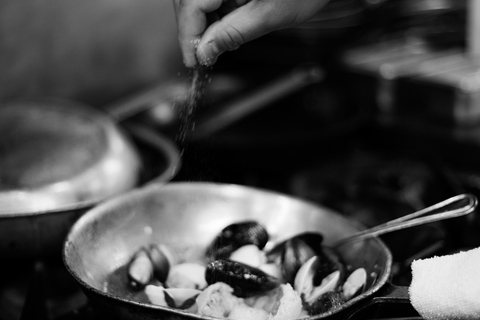 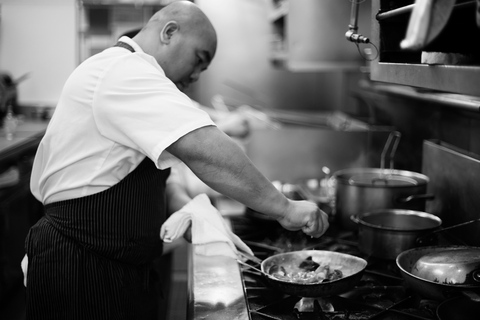 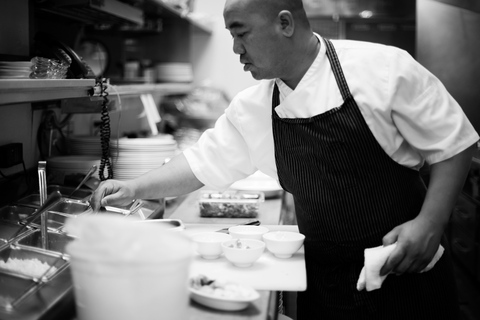 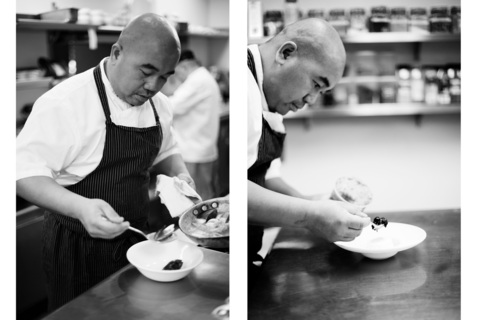