Nowadays, the term farm-to-table is as ubiquitous on the restaurant scene as “umami,” Edison bulbs, and artisanal cocktails. The term is so pervasive, in fact, that otherwise meticulous gourmands rarely pause to consider what it actually means—one simply thinks “fresh, delicious food” not about what constitutes the qualifications for a restaurant to call itself “farm-to-table," nor the logistics that go along with it.

The thing is though, it’s the particulars of how a farm-to-table restaurant operates that end up dictating the end results, which can range from “Ay-ay-ay, this salad is amaaaazing,” to “Eh, whatever.” And Narcissa, at The Standard, East Village, is extremely particular about the particulars.

Narcissa takes the concept of farm-to-table to the next level—producing the bulk of its produce and livestock at its own, frankly gorgeous, 40-acre farm Locusts on Hudson. This allows Michelin-starred Chef John Fraser to take an active role in the farm itself—working closely with head farmers Zach Wolf and Olivia Kirby to decide which crops to plant, which livestock to raise, and how the whole process should unfold.

Specifically, Fraser decides things like when to harvest, and by doing so, has more control over the flavors that are produced. For example, he likes his greens harvested young for the Narcissa Salad and his beets overwintered so they crisp properly when strewn onto the rotisserie. It’s a cooperative relationship that is quite quite rare, and it can make a real difference in the flavors you experience.

Standard Culture was curious to trace these farm-to-table movements firsthand, so we set out for a day in the life of one of Narcissa’s touchstone ingredients: lettuce. We wanted to know just how those dewy heads make their way from the Hudson Valley to the plate at Narcissa in New York City, one step at a time.

Photographer Balarama Heller came along to document the glistening journey.

5:30AM – Morning! The farmers wake and head to the fields. 6:00AM – Picking begins just after sunrise, while its cool, so that the moisture stays locked into the lettuce. 11AM: Lettuce is washed and sorted 12:00PM – Lettuce is loaded into the truck and driven to the city. 6:00PM – Chef Fraser begins preparations for a night at Narcissa 7:55PM – The Narcissa Salad is tossed The Rotisserie Riddle of Our Beets What Does Narcissa Think of Her NYT Review? 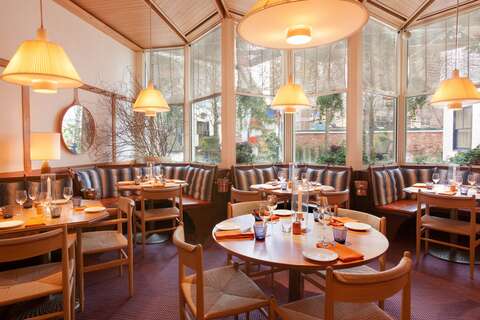