Blink and you’ll miss artist Alex Da Corte’s new work in the New Museum’s windows. One displays a blown-up image of a sandwich overlaid with bold yellow words: “COMING SOON.” The other holds an enlarged, upside down logo that resembles the branding for a Philadelphia convenience store called Wawa (thus, Da Corte’s version reads “Mama”). The unaware passerby could easily mistake these for vague advertisements.

Playful, colorful, and wry, the works neatly fit into Da Corte’s oeuvre. The Philadelphia-based artist has become known for his strange, immersive, vividly-hued installations; a photography series for which he attempted to embody Eminem circa 2001 (he even dyed his hair blond); and his contributions to music videos for musicians from rapper Le1f to Dev Hynes (Blood Orange) to St. Vincent. We asked him 20 questions to get to know him a bit better. 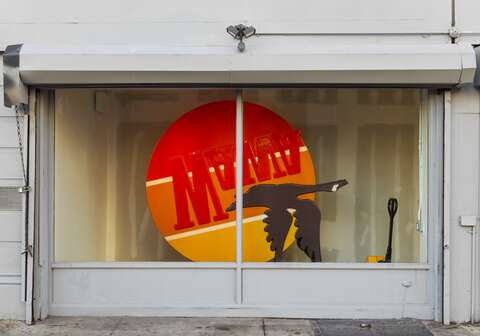 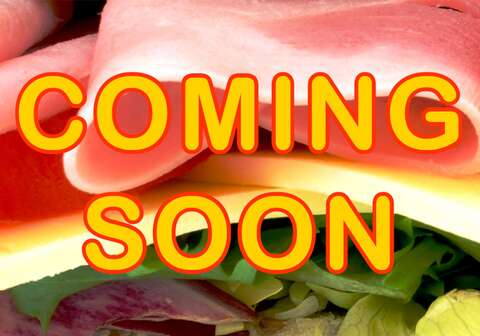 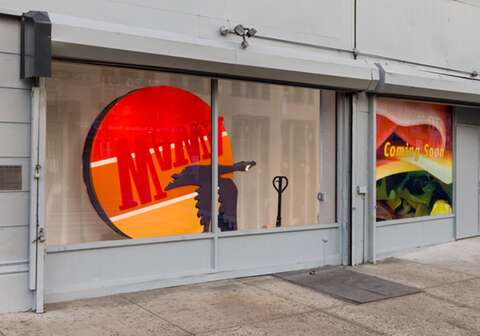 THE STANDARD: The New Museum windows have a pretty illustrious history—Jeff Koons, Richard Prince, and David Hammons have all shown work in there. Was it daunting for you to take on this space? How did you approach it?
ALEX DA CORTE: I wanted my work to be as benign and camouflaged as possible, not an installation, per se. Not sensational. I imagine that when Jeff Koons or Gran Fury or David Hammons did their pieces, they were casual in their presentation. The works have become legendary in time because their careers have become legendary.

And from wanting to do something banal to settling on Wawa as a subject, how did that happen?
I have a very special Wawa-shaped place in my heart for Wawa. I immediately wanted to think about Wawa as a space and the comfort that a corporate consumer place can offer. I thought it was kind of funny and slightly trickster-y to present the convenience store Wawa in New York City where there is none. It’s a very Philadelphia thing.

As someone who has never been to a Wawa, can you talk about what makes it an iconic Philly destination?
I mean, it’s not that grand. It’s just a convenience store, much like a 7-11 or any other bodega you might find in a city. But there is a unique color scheme. Or at least when I was growing up, there were these browns and reds and yellows that were really warm and different from the cool lighting of a 7-11. I always found that to be nurturing or familiar. Its nostalgia for me has built over the years. They’re known for their hoagies, but I think it’s more about cult status than anything.

Going back to the New Museum itself, have there been any shows there that really influenced you?
I remember that the Unmonumental show in 2008 really kind of changed my brain. There was a particular Isa Genzken piece that was on loan from some collectors in Philadelphia that I really recall thinking was so strange and new. It was called Elefant. I had never seen anything put together in that way. It bent my brain. I studied printmaking, so when I saw this sculpture in this space, it just changed how I understood forms: what it meant to make a form or present a form beyond the flat space that I was familiar with through print or animation. 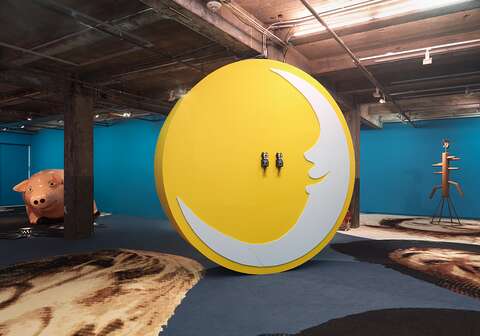 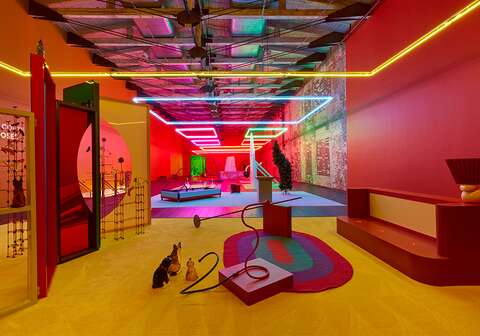 You seem to find visual inspiration in unexpected places. Has there been something else recently that served as inspiration for you, a certain place?
I saw a bunch of great costumes during Halloween in unexpected places. I saw an old lady dressed as a green alien. Her face was painted green and she had a green ball cap on and this headband with springs with little disco ball antennas that kind of wobbled when she walked. She was walking into an elderly care home and I thought that was pretty cool.

What’s your best costume ever?
I like dressing up like a mummy. I think that’s a really classic costume because when you dress up as a traditional mummy with the gauze and the toilet paper, it has the potential to fall apart during the night, and that’s kind of great. It gets really messy and falls all over the street.

What’s something you dislike about Philadelphia?
Its attitude towards New York. It has a little bit of a younger brother attitude. It tends to be kind of bratty.

I was reading T Magazine and saw your Frankenstein piece with the brooms over top of it, which has a very Halloween aesthetic.
Yeah. That article is great, Charlie Fox is so great. His book, This Young Monster, is fucking awesome. It’s literally the fucking best. I’d say Charlie Fox for president. It’s so good.

Any other books you’ve loved recently?
I’m reading Autobiography of Red by Anne Carson and that’s totally special. I just started teaching, so I’ve been giving my class readings from all over the place. I just gave them a section of a long poem by Joe Brainard called “I Remember.” I gave them some spooky writing about Mark Flood for Halloween.

How well-known are you in the craft shops and thrift stores of Philadelphia?
I don’t think anyone knows me to be anyone else besides a repeat customer who is enthusiastic for plastic. So you have a pretty consistent visual aesthetic. To what do you attribute to the consistency?
I never saw it as an aesthetic. I just saw it as the things I liked. If you do the things you like over and over again, that makes a pattern. There are parts of it that are streamlined for sure. That’s something that I’m very actively wanting to push against as I continue to make.

So how do you push against that while also continuing to do things you like?
Well, I think just in terms of a finish fetish, it’s like allowing room for things to still fall apart or be slimy or be messy or violent. It’s like a kind of anti-savvy, anti-sexy market object. And I think that’s extremely important because the spirit of the work is being in that kind of tornado moment of making.

Your designs draw on the iconography and visual aesthetics of advertising. Are there any particular ads that have made an impression on you?
I remember loving the Nike ads from the 80s with Bo Jackson. I remember the Calvin Klein ads, the ones that were made taboo with Kate Moss and Marky Mark, and the ones shot in the wood-paneled room with the purple carpet. I was looking at them, and at images in Rolling Stone, and being changed. Those things really fucked up my head.

Could you talk about how your video with St. Vincent came about?
Her creative director, Willo Perron, reached out to me. He put us in touch, and we got along really well, and that was it. I thought it would be super cool to make a video, and then we made a video.

Is there a particular part of the video you’re the most proud of?
Annie is fucking goddamn star. She is so good at what she does and there was a moment when a swan was eating her dress and she just grabbed his neck and was still singing while making sure he didn’t choke, calming him down. The veracity and serenity in that moment were so compelling to me and distinctly the quality in her personhood that I admire most.

You seem like someone who would have vivid dreams. Is that true?
That is very true. Funny you ask. Last night I had this dream that I was making this very big inflatable top hat, but it was filled with water. I don’t know why. When I woke up I just thought, “that was cool.”

The installation is named after the Neil Young song, “Harvest Moon.” Are you a big Neil Young fan?
I do love Neil Young and Crosby, Stills, Nash, and Young. I just love that song. There’s this line in that song that speaks about the lovingest person and I can relate to that.

Relate to being the lovingest person?
Yeah, I think being the lover and the loved, but I don’t know. I think that this piece is a lot about my mom. And her relationship with her mother. So it’s less about my relationship to Neil Young than my mother’s. She likes music. She’s a big Wawa fan.

Color is such a large part of your aesthetic. When did you really become drawn to color, and how has your sense of color developed?
The earliest memory I have about my relationship with color would be this science project I did when I was in fifth or sixth grade. It was a presentation on how color affects your mood. I took a survey of my class and gave them five colors and said, “ascribe a mood to the color blue. Ascribe a mood to the color red.” And they did. And for me that was important. I don’t know why. I can’t actually speak to it. I did love cartoons. And so maybe I was just around flat color and loved color. And then when I was an undergrad, I remember thinking that there was never a need to pick how one color could match or not match another color—I thought that if you take all the colors and put them in a bucket, they’ll have to get along. They’ll just inevitably make sense together. Colors aren’t something that we should pick, but rather a puzzle that we should figure out.