THE HEARTBREAK KID (1972)
The Setting: The Doral Hotel, Miami
Oscar Noms: Two, including Best Actor and Actress in a Supporting Role (Eddie Albert and Jeannie Berlin)
The Story: In Neil Simon's classic look at love and marriage, we meet Lenny Cantrow (Charles Grodin) and his emotionally needy wife, Lila (Jeannie Berlin) on their honeymoon in Miami Beach. Lila refuses to wear sunscreen and gets a severe burn that keeps her at bay in the couple's hotel room ... which is great for Lenny, who's just met a hot young chippy from the Midwest in the lobby.
Why We Love It: As a satire of modern marriage, it still holds up.

CALIFORNIA SUITE (1978)
The Setting: The Beverly Hills Hotel
Oscar Noms: Three, including Best Actress in a Supporting Role (Maggie Smith), Best Adapted Screenplay (Neil Simon) and Best Art Direction (Albert Brenner and Marvin March)
The Story: Another adaptation of a Simon play, this one explores the problems of a group of guests at The Beverly Hills Hotel. Jane Fonda plays a Manhattan workaholic who can't stop bickering with her husband, Maggie Smith plays an actress who's up for an Academy Award she knows she isn't going to win, and a married business man wakes up with a call girl in his bed. Smith, who was nominated for the role, won.
Why We Love It: The BHH is no Chateau, but it'll do. Not to mention our shock at seeing Walter Matthau in bed with a hooker. What would Dennis the Menace think?

SAME TIME, NEXT YEAR (1978)
The Setting: An inn on the Mendocino County coast
Oscar Noms: Four, including Best Actress in a Leading Role for Ellen Burstyn
The Story: After hooking up at a dinner party in 1951, Doris (Burstyn) and George (Alan Alda) agree to meet once a year to share some sexy time and get away from their spouses and children.
Why We Love It: It's a classic romance. You will weep, promise.

UP IN THE AIR (2009)
The Setting: Assorted Marriotts, Double Trees, Hiltons, etc.
Oscar Noms: Six, including Best Actor for George Clooney
The Story: America's salt-and-pepper prince plays Ryan Bingham, a corporate road warrior who makes his living firing people. He meets Alex Goran (Vera Farmiga), a fellow traveller of equal points status, and quickly forms a bond based on their shared knowledge of travel lounges and airline miles programs.
Why We Love It: These kids have chemistry! It also taught us a thing or two about the baggage we all carry with us. So deep.

THE PINK PANTHER (1963)
The Setting: The Miramonti Hotel, Italy
Oscar Noms: One, for Best Score (Henry Mancini)
The Story: Princess Dahla (Claudia Cardinale) and her famous diamond, The Pink Panther, are on vacation at a ski resort in Cortina d'Ampezzo. British playboy Sir Charles Lytton (Robert Wagner), who doubles as The Phantom, is after her precious stone, as is his American nephew, George. Thankfully, idiot detective Jacques Clouseau is on the case!
Why We Love It: Few films are as authentically stylish and funny at the same time. A true Sixties ... gem. (sorry)

Hungry for more movies? Check out The 5 Best Hotel Movies About Hotels 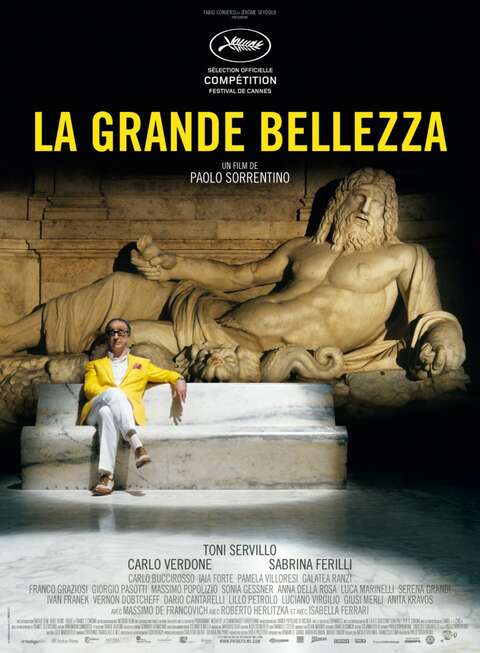