We sat down with Jacques Renault and Nik Mercer of Let's Play House to talk about Jacques' new album "BK Club Beats, Breaks, & Versions" before we celebrate its release on Friday, July 20th.

LE BAIN: Congratulations on your new album, Jacques! Can we consider it an ode to Brooklyn?
JACQUES RENAULT: YES! I keep digging back into the earlier days of sampling, and this record is heavily influenced from my years of living in Brooklyn with a nod to what my idols used to do. I wanted to create a fun party album that you could throw on at home, in the car, or at the club.

As Nik puts it, "It’s a really lively and punchy, spirited, and charismatic record.” Does that match your state of mind of the last few months?
JACQUES: I spent months sampling, editing, and arranging until I had too many tracks in the works to consider. I eventually had to stop myself from working on new ideas and go back bit by bit with Nik to come up with the package we landed on. Plenty of ups and downs in the process, but looking back, I had blast working on this. 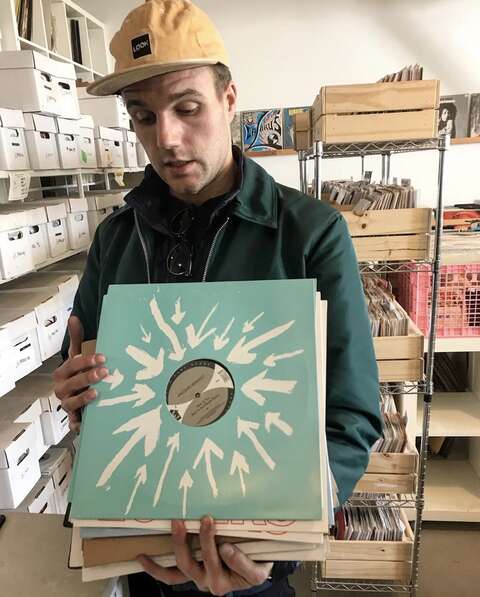 "My options were endless, which was good... and bad." –Jacques Renault

Nik, you’ve been working with Jacques for a long time. Being so close to Jacques, how does it compare to working with other LPH artists?
NIK MERCER: Whenever Jacques tells me he wants to work on a new record, my dynamic with him changes a little; he ceases to be simply my partner and becomes an artist I need to approach like any other. But I can't! As you said, we have a lot of history (I've known Jacques for basically my entire adult life), and determining where "business partner" ends and "friend" begins is tricky. It's like I'm an inside man who's gone too deep undercover.

How do you do it then?
NIK: Basically, I do my best to look at him as an artist whose work I appreciate, respect, and like first and foremost. Better for me to consider things through an objectively-minded lens and approach him as I would anyone else on LPH than treat him different from the rest. At the end of the day, if the music ain't good, it ain't coming out.

When he came to you with all these new demos, what was your approach?
NIK: For this particular project, I really dug the concept he pitched me from the jump and said as much. A back-to-basics approach to production that fixated on his trademark techniques and sounds seemed clever and appropriate, particularly when I considered it'd be following up the high-gloss and ambitious big-budget studio affair that was the debut full-length. We knew this was destined to be a summer album, and in order to get it out then, we had to finish everything by late April. Somehow, we made it by the skin of our teeth.

NIK: Jacques, I'd love to know how working on this album felt different from the last, and which approach you prefer?

JACQUES: It was pretty much a full switch compared to the debut experience with the multiple musicians involved, which meant much more planning in advance. I knew I wanted to take a different approach this time around, and since it started to come together at home, being close to my record collection became part of the process. It definitely made me more spontaneous along the way, and my options were endless, which was good...and bad. I would often get in the zone and just continue to keep recording with new ideas, which you can't really do with collaborators in big studios at any hour you want. I definitely enjoy working with others, but one of the reasons producing and DJing got my attention versus being in bands was that I could do it on my own.

We're going to celebrate a “back to basics” album with Chicago house pioneer Roy Davis Jr. You actually started your dance music career in Chicago in the late ’90s.
JACQUES: I didn't realize what exactly I was in for when I moved to Chicago in the '90s. I was there for undergrad, but immersed myself in a few different music scenes, so I went out to all kinds of nightclubs and raves, even though that was pretty much the end of that era. I'd go to record stores all over town, but I went to Gramaphone the most. I was there religiously every Wednesday (new arrivals arrived in the afternoon) and you’d see superstar DJs like Derrick Carter, Paul Johnson, Ron Carroll, Lego, and Mark Grant picking out new stuff, so I got a first glimpse of what they were into before tunes made it to the wall. There was a sense of community and connection with what everyone was sharing and playing at the store that I'll never forget.

What did you learn from that experience?
JACQUES: Whether they agreed or hated on it, they taught me that I needed to figure out my own path to find my place in it all. By the time I was working there myself, I was staying up with the new but also the “cut outs” or sale bins where a lot of used, classic, or unwanted 12s went to die. That’s where I discovered gems and grew an obsession for digging. With the help of everyone I was surrounded by during this time in my life, I knew what it meant to put in the time and work to be a respected producer and DJ. 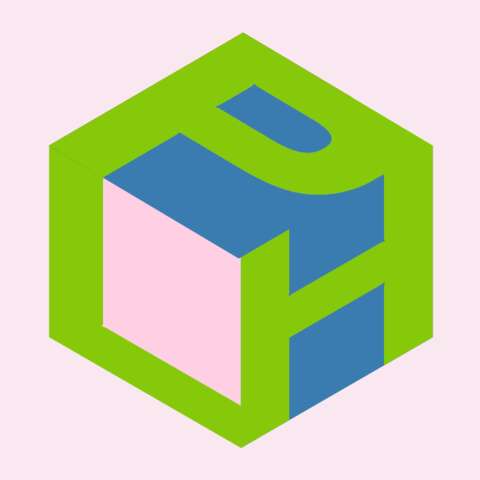 With Let's Play House, you have a pretty nice catalog by now. What does the house that you built look like?
NIK: We really have accumulated quite a few records. It snuck up on me, man. Almost at a hundred total. In any event, I think a few things have changed since LPH001 came out in September 2011. Now, while we still definitely drop a lot of audio (12 records in 2018 already!), we're more considerate of the quality and the creative process than anything. As for what it all looks like... that's tough! I feel we've curated a body of work that sits at the intersections of a lot of things: my interest in dance music as a music geek intersecting with Jacques' DJ ear; our presence in NYC nightlife intersecting with my rather un-nightlife-y personal life; our interest in propping up local talent intersecting with our desire to be global citizens. I think we've also cultivated an environment that allows for tremendous creative freedom—it's slack enough to permit me to do things like play an hour of exotica on our radio show at the Lot or fiddle around with design projects, like the House Slipper and embroidered pocket patch tee, or start a music publishing company.
What did it tell us about the state of today’s dance music?
Funny how the "house" in our name has morphed in meaning over the years. In the early days, it was very much a reference to house music and house parties, but, over time, it's grown to mean something broader and more inclusive, something that's more about what we as human beings do in our house, in our home. Nowadays, the Let's Play House house feels like a very tidy, organized, put-together, and thorough home that I feel gratified knowing I built by hand and comforted to occupy. Lotta history sits on this foundation.