If love is war, one-night stands are drone strikes. Of course, not all love has to be that gut-wrenching, you-think-they’re-fireworks-but-oops-that’s-actually-a-bazooka, life-ruining, bad idea stuff. Some love is easy and liberating and just kind of chugs along gleefully, golden retriever style. The good kind of love, which you get once you wade through all the shit and stop using your partner as a psychic punching bag, is what you get after the shooting has stopped and you grow up, finally. Before you grow up, though, you have to…what’s the saying? Fuck a lot of frogs? Something like that. Funny man, Anthony Haden-Guest's note cards for the The Standard.  Buy them here.

Full disclosure: I’ve never had sex with a total stranger. This isn’t on purpose, and I don’t judge anyone who has, it’s just never happened for me. Maybe it’s because I’m somewhat suspicious and judgmental by nature, or just the fact that I’ve always had enough passably attractive, reliably easy almost-friends that I’ve never had to stray too far from the inner circle to get my rocks off and have a good story to tell at brunch. That’s not to say, however, that I haven’t left a guy’s house, swiftly and without comment, before he woke up on a Saturday morning. The first time I did this, after a night of dancing — to put it politely — with a co-worker at that great East Village institution No Malice Palace, I burst into the harsh light of Bed Stuy, only to discover that the train wasn’t running. There is absolutely nothing worse than a walk of shame involving a shuttle bus, nothing. That was 6 years ago and we’re still friends. We never, ever talked about it. Lesson learned: know what trains are running—all of them and at all times—just in case you’re too distracted making out in the cab to know where you’re sleeping that night.

Here’s the thing though: you never plan to have a one-night stand. One friend, who we’ll call Sophie, offered up this image of her first one-night stand: “It was the end of the night, I'd been hanging out with an acquaintance, Dan, at a party, doing shots, smoking cigarettes, dancing silly to what was then barely-throwback ‘90s hip hop. We left in a taxi together, landed quickly in his stinky 20-something-male bed and did it. Twice? I woke up the next day at noon, because, well, that's what I do when I stay up until 5am. Dan was sitting in the corner, working on an architecture project. He'd been up for three hours.” She was horrified by the fact that she’d slept in, and slinked out as quickly as possible. The takeaway, “always set an alarm,” she says.

To be sure, it’s not always like that. Friends told stories of gleeful Saturday mornings after, bagels and long walks without knowing each other’s names. I have one friend who frequently invites her Tinder hookups to watch The Kardashians, actually has her stoner couch desires in her profile, which she uses entirely for hooking up. There is an upside: the temporary comfort of no pressure, no questions, or the drama of a real relationship. Then again, what if you could have both? What if you could bring some of that one-night stand vibe into your tried-and-true relationship? It would be like the beginning, when “next time” was never a given. Maybe you just need a late night out, an unfamiliar bed (to both of you, in this case), and a break in your routine. That way you both have to do that dreaded walk of shame, but you can do it together. 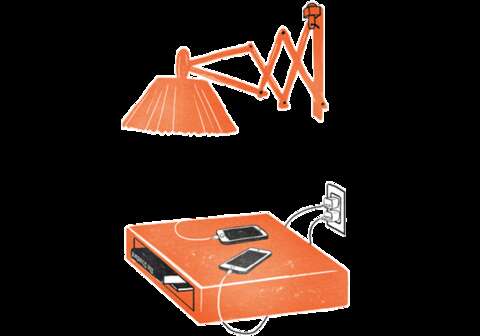 Hooking Up: A Primer